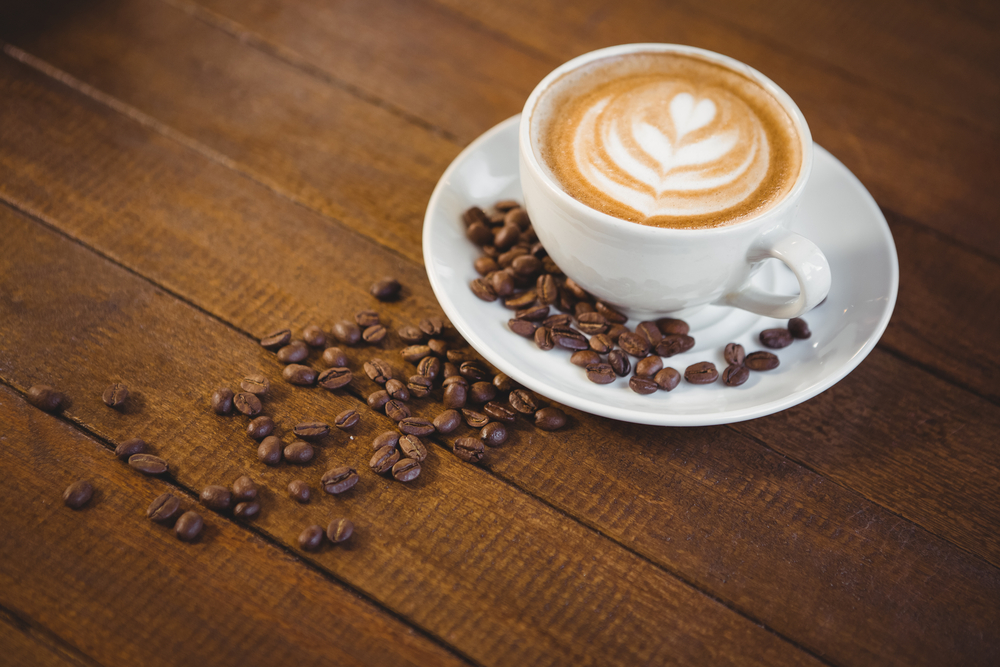 Hi, I’m Derek, I’ve never done anything like this before but I’ve got to come clean. I’m addicted to coffee. Wow, it feels good to get that off my chest. Is there a word for it? Coffeeholic? Coffeephile? Anyway I have attended this coffeeholic anonymous meeting to share my story with you, a tale of excess, staring at the bottom of coffee mugs wondering where the next hit with come from. Coffee became my life, caffeine controlled me. I’m here today to share my story.

My story with coffee be traced back to me starting my first professional office job in October 2016. As hard as it is to believe now, on my first day when I walked through the doors of the office, I did not care for coffee. Budget energy drinks had served me well through my Leaving Cert and college exams with coffee making rare substitute appearances. If I didn’t use it to keep awake, I certainly wasn’t going to drink it out of pleasure. I had tried the stuff on a handful of occasions at home and in restaurants but there was always a better option whether looking in the fridge or on the menu.

I recall my amazement upon walking into the office on the first day and witnessing what can only be described as a quasi-coffee brewery. Coffee was everywhere. The commute to work would be lined with multiple shops offering coffee of every type. In the working world, coffee is not a just a beverage, but a tool of requirement to tackle the day ahead. You come equipped with your laptop, notes, pens, post-its and a coffee. I quickly learned that coffee serves this important functional purpose that people use for efficiency and alertness to kick-start their day. This I could overlook, everyone to their own. Pfftt would you be bothered spending 4 quid a day on a drink? However, there is another side to coffee. While you might not drink it to wake up in the morning, everyone else does. They gather around it, meet up for it, chat about it. Constantly feeling like that person out of the loop on the latest Netflix or HBO show can lead your behaviour to change.

Meeting for coffee is a social norm of office life. During the era of Mad Men, relationships and connections were built over an Old-Fashioned, now increasingly they are built around flat-whites and soy lattes. Coffee is the default excuse to meet-up. For a coffee outsider this is terrifying, akin to an obese man being asked to go for a kale smoothie. I got dizzy and sweat rolled down my forehead at the thought of taking such a meeting. Initially the tactics were to play it cool. Order a water/tea/coke, who cares? However, feelings of curiosity and a sense of FOMO always make you wonder. Coffee felt like a symbol of becoming an adult, sitting around a table of coffee drinkers sipping an Innocent smoothie with a straw makes you feel childish. But gosh you can’t just order a ‘coffee’!

There’s the multiple types of coffees, you have your own order, the way you like it. One shot, two shots, milk, hot milk, sugar, cream, iced, chocolate, frothy. I was not ready, I prayed to the coffee gods for guidance, asking to be shown the way on this difficult path. Not too long after, the answer came.

In the office, there is always some complimentary coffee on offer. When I started, this was the instant type that came in the small sachets. Despite my long embedded student instincts, reluctant to turn my back on free stuff, I just wouldn’t drink it. It offered no appeal to me. However, one fateful day changed all of this. My prayers had been sort of answered. One quiet Monday last November, I heard unusual banging and rattling sounds near my desk and so I went to investigate the commotion. I pushed my way to the front of the crowd to see the unveiling of a brand-new coffee machine offering free coffee to all. A machine that makes coffee? You couldn’t help but think of that episode of Father Ted where Mrs. Doyle receives the tea-making machine. Surely, this was a sign.

I passed by the new machine with puzzled Neanderthal-like looks for the first week or two. On a particularly dreary winter morning that had me feeling particularly groggy, I decided it was time. I stood up and took the walk down the corridor to stand face to face with the machine. Without blinking, I rapidly drew my cardboard cup with precision and speed. Now for the hard part, taking a deep breath, I quickly raised my finger and pressed firmly into the beast’s chest. It roared and shrieked, shaking vigorously which had me dive for cover. What followed were a series of ominous sounds, the grinding of the beans, the water pouring, the machine continued to whine. I was certain I had been defeated before finally, it spat out some of its precious product into the cup. I walked back to my desk triumphant, cradling a very average cup of coffee. There was a new swagger in my step. People clapped and cheered me on as I walked back to my desk holding my prize. Walking the corridors with a cardboard cup of filter coffee brought a new confidence, a sense of belonging. If I could take on the office filter coffee, and tell the tale, there was hope. I didn’t even add milk.

If this was a movie, this is where the montage would go as I tamed the coffee machine. On quiet days if I was bored: there was experimentation, sometimes milk, sometimes nothing. A cheeky espresso after lunch. A sprinkle of sugar, some hot chocolate mixed in (treat yoself). Before I realised it, it was two or three visits to the machine a day. It began to creep into life outside work, going for breakfast or on a flight, I’d take the complimentary coffee. And yeah I kinda enjoyed it. This was becoming ‘a thing’, coffee slowly rose to become the default choice.

I knew it was time, I could accept a coffee meeting and hold my own. On my first coffee meeting, we took a trip to a nearby café. I played it safe, Americano, with little bit of milk, this was not the time or place to show off or for the fancy stuff. I was feeling pretty confident, I had built myself up on the free office coffee, so my logic was that the paid stuff would be better quality and easy to drink. Playing it cool around my peers, I left my nemesis to cool for a few minutes determined not to let the take-away lid embarrass me by falling off or burning my tongue. Eventually, I put the cup to my lips, taking a small sip from my drink. It was delicious, a new level of taste and flavour. I felt the notions rush through every cell in my body. This was the beginning of the end, I had become one of them.

As I look back, this high point was where things began to dip, resulting in my trip to Coffeholics Anonymous today. Takeaway coffee rapidly transitioned from an occasional treat to a morning ritual. Soon it didn’t matter what time of day it was, I’d take another. I got a taste for the good stuff, I’d pay whatever to get my hit. I burned through coffee loyalty cards at an alarming rate. Words like ‘artisan’ made my eyes light up. However, if I hadn’t had my hit in a few hours, I’d drink anything I could get my hands on: lattes, cappuccinos, flat whites, Frappuccinos you name it, I downed it. Coffee crept into my weekends, my evenings, popping up where I least expected it. My main concern became where the next coffee would come from. It was not long before they knew my name in the coffee shops around Grand Canal Dock.

That brings me to New York, which has added an extra category to Maslow’s hierarchy of needs. The new bottom level now reading ‘Coffee and Wifi’. Coffee fuels the city. Walk down any street on a weekday morning, you will find New Yorkers equipped with their weapons of choice. iPhone in one hand and a cold brew with a straw in the other. My coffee consumption has only accelerated since I arrived. ‘Meeting for coffee’ is such a norm of life, and there’s too often a need for somewhere with Wifi and plugs, it’s too hard to resist the coffee shops of Manhattan calling your name.

Ordering a water or tea in New York would earn you the same aura of suspicion you will receive when you order a pint of blackcurrant in a pub in Ireland or declare that you don’t feel like drinking. Coffee is as regular a fixture in the 21st century office as are computers and email. Coffee shops are becoming the 21st century office, with people flocking to them for table space and complimentary Wifi. The irony is that I always associated coffee as rather anti-social, something to turn to in the mornings when you just aren’t ready to deal with people, or if you are up late, working or studying and need a boost. However, coffee is now the reason (or excuse) to meet up and socialise.

Knowing this now, it’s pretty clear there is only one solution. Embrace the coffee! I’ve tried tea, I’ve tried hot chocolate, I’ve tried to return to my smoothie days, but it’s just not the same. Coffee is my social companion, my night-time buddy, my excuse to take multiple breaks from writing this. I can’t see that changing any time soon.